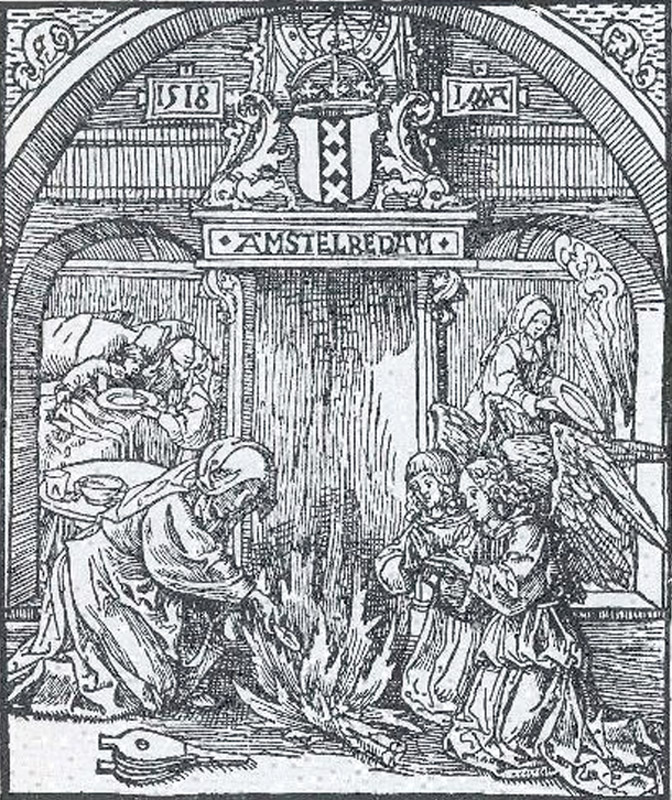 The Miracle of Amsterdam

Amsterdam is sometimes called the ‘Miracle City’. The Dutch capital has not earned this name on account of its permissive image, but because it has been a place of pilgrimage since the Middle Ages. According to tradition, on 15 March 1345, a man lay seriously ill in his house on the Kalverstraat. Thinking he was about to die he called for a priest to administer the last rites, including the Blessed Sacrament. After receiving the host, the man became sick and finally vomited. As was the custom, what he had brought up was thrown on the fire. The next morning the host was discovered undamaged in the ashes. It was put into a box and taken by a priest to the parish church (the present-day Oude Kerk), but on two occasions miraculously made its way back to the house on the Kalverstraat. This was the beginning of the tradition known in Amsterdam as the Micracle Procession, since people had taken it as a sign that they should spread word of what had happened.

Some years later a chapel was built on the site of the miracle. The veneration of this mediaeval micracle meant that Amsterdam became an important centre of pilgrimage and people came from far and wide to take part in the large and magnificent Procession. However, in 1578 Amsterdam city council decided to convert to Protestantism. Catholic services were forbidden and Mass was said in clandestine churches. But the tradition of the Miracle was so important to the people of Amsterdam that during the 17th and 18th centuries they managed to perpetuate its annual celebration and veneration on a limited scale. The traditon was continued by a small group in the clandestine church in the Beguinage and individuals walked the route previously taken by the Procession.