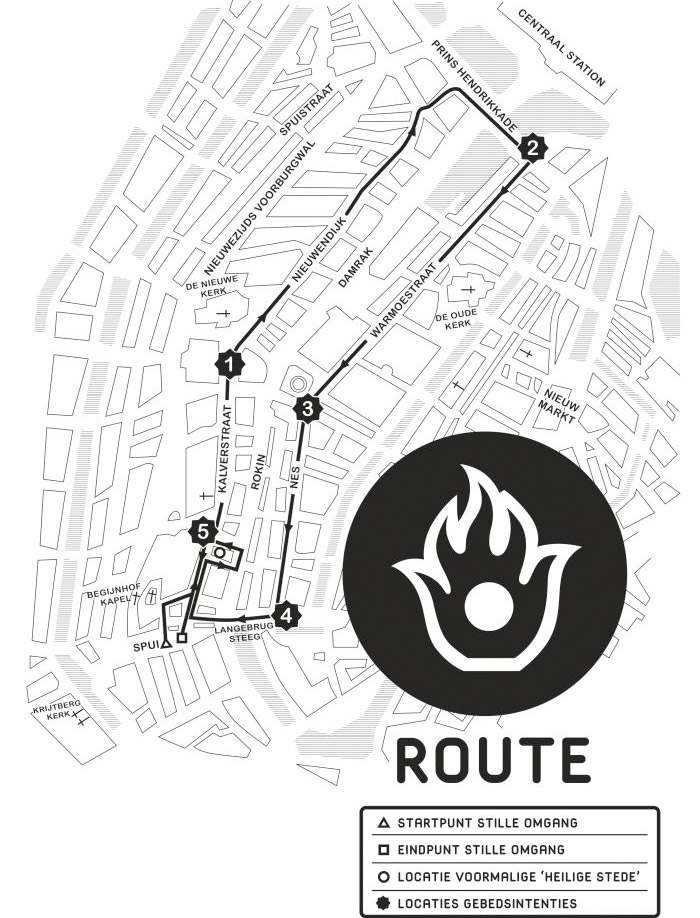 When the Catholic faith was restored in the 19th century, the ever growing desire for emancipation among Catholics led to the plan for the Silent Procession launched in 1881. The idea originated among a group of friends, all laymen, and developed into the present day tradition, which is in fact the continuation of the Miracle Procession. Every year thousands of people from all over the country take part in the Silent Procession. Most of them are Catholics, but there is growing interest among fellow Christians. People walk, cycle or come by bus or car to Amsterdam to join in the procession, which culminates in a Mass said in one of the parish churches of the city.

Each year a special intention is chosen which reflects a theme current in modern life. Nowadays the Silent Procession means different things to different people: for some what is important is the original tradition of Christ’s presence in the host, for others the sacrifice of a night’s sleep in the Lenten period. For others it is the special intention and the Procession’s meditative character. Through the silence and the absence of outward display, the participants feel bound to each other and apart from the worldly city through wose attractions they pass. This ancient tradition is marked at several places along the way, from the Beguinage to the museum of the clandestine church ‘Onze Lieve Heer op Solder’ on the Oude Zijds Voorburgwal.

Each year, the festival week of the Miracle begins on the Wednesday after the 12th of March. From Wednesday through Saturday, holy masses of devotion are celebrated in the Beguinage. But the big yearly manifestation is still the Silent Procession, held on Saturday night through Sunday morning. Pilgrims travel in buses from all over the Netherlands to the centre of Amsterdam. They first participate in a mass in one of the parish churches of Amsterdam and later take part in the Silent Procession at different times in the night, following the route. The main characteristic of this ’round’ or procession is the fact that it is done in silence, without loud prayers or songs and without clerical attire or other religious attributes. It takes about an hour to complete the round and it is done between midnight an four o’clock on Sunday morning.